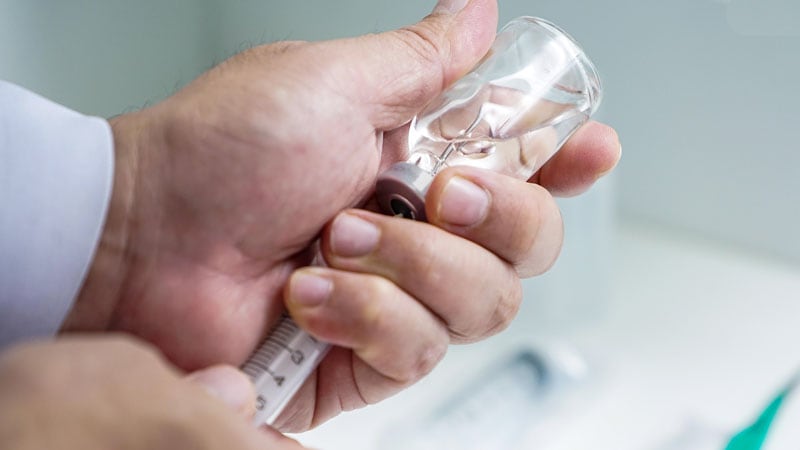 Giving the bolus thrombolytic tenecteplase in a mobile stroke unit resulted in signs of improved efficacy compared with the standard of care thrombolytic alteplase, without any safety concerns, in a new study.

The TASTE-A study found that tenecteplase and was initiated faster than alteplase and was associated with substantially smaller posttreatment perfusion lesion volume, and greater “ultra-early” clinical recovery.

It was also simultaneously published online in The Lancet Neurology.

“What we did in this study was to combine two very exciting elements coming together in stroke at the moment — the use of mobile stroke units, and the use of tenecteplase as a front-line thrombolytic agent,” Bivard explained.

The study was conducted in the Melbourne mobile stroke unit, which is staffed by a neurologist, a stroke nurse, radiographer, and two paramedics. It is also equipped with a CT scanner to enable thrombolysis to be given in a prehospital setting and thus speed up time to treatment, Bivard noted.

“Because tenecteplase can be given as a single bolus dose, this makes it more practical and easier to administer than alteplase, which is given as a bolus plus an infusion. Tenecteplase is therefore particularly suitable for use in a mobile stroke unit,” he added.

For the phase 2 study, 104 patients with ischemic stroke who were within 4.5 hours of symptom onset and eligible for thrombolytic treatment were randomized in the mobile stroke unit to receive either alteplase (0.9 mg/kg administered intravenously with 10% as a bolus over 1 minute and 90% as an infusion over 1 hour), or tenecteplase (0.25 mg/kg given as an intravenous bolus), before being transported to hospital for ongoing care.

The median age of patients enrolled was 73 years, and the median National Institutes of Health Stroke Scale (NIHSS) score at baseline was 8.

Results showed that the primary endpoint, volume of the perfusion lesion on arrival at hospital assessed by CT-perfusion imaging, was significantly smaller with tenecteplase (median 12 mL) than with alteplase (35 mL), a statistically significant difference (P = .003).

At 90 days, no significant differences were observed between patients treated with tenecteplase compared with alteplase on any functional outcome as measured on the modified Rankin Scale. But Bivard noted that the study was not powered for functional outcomes.

In terms of safety, no symptomatic intracerebral hemorrhages (ICH) were reported in the study. Bivard reported that asymptomatic ICH occurred in four patients in the tenecteplase group and five patients in alteplase group. These were small hemorrhagic transformations with no statistical difference between the two groups, but the numbers were too low to draw any conclusions on this.

Distal clot migration reflects partial or complete thrombolysis at the original site of the blood vessel occlusion, and is a biological measure of thrombolytic success, the authors note.

They also point out that the need for subsequent thrombectomy in patients with a pre-thrombolysis large vessel occlusion was low in this study (24 patients), suggesting that the need for thrombectomy was potentially avoided in some patients as a result of the combination of ultra-early thrombolysis treatment in the mobile stroke unit and the improved thrombolytic action of tenecteplase. But they add that further analysis is required to confirm this finding.

The researchers note that although this study was not powered to show a difference in 3-month outcomes, “it has been established that every minute saved leads to at least one additional day of disability-free life.

“We showed a significant reduction in the time to treatment with tenecteplase,” Bivard added. “This probably relates to the practicality of giving tenecteplase as a single bolus rather than a bolus plus infusion needed for alteplase. The mobile stroke unit uses infusion pumps for alteplase, which take time to be set up and calibrated.”

Commenting on the study in an interview with Bivard, Georgios Tsvigoulis, MD, professor of neurology at the University of Athens and vice president of the European Stroke Organisation, said: “I really want to congratulate you on conducting this important trial.”

Highlighting the recruitment rate of 62%, which Tsvigoulis called “amazing,” he added: “This further underlines the importance of conducting trials in the mobile stroke unit setting as we can have high-quality randomized data with a high recruitment to answer the scientific questions we need to know in the prehospital setting.”

Commenting for theheart.org | Medscape Cardiology, Joanna Wardlaw, MD, professor of applied neuroimaging at the University of Edinbugh, United Kingdom and chair of the ESOC Planning Group, said the results of the TASTE A study “support the notion that the single bolus administration of tenecteplase gets to work more quickly, whereas the administration of alteplase by 10% bolus then infusion of the rest over 1 hour has a slower effect on opening the artery.”