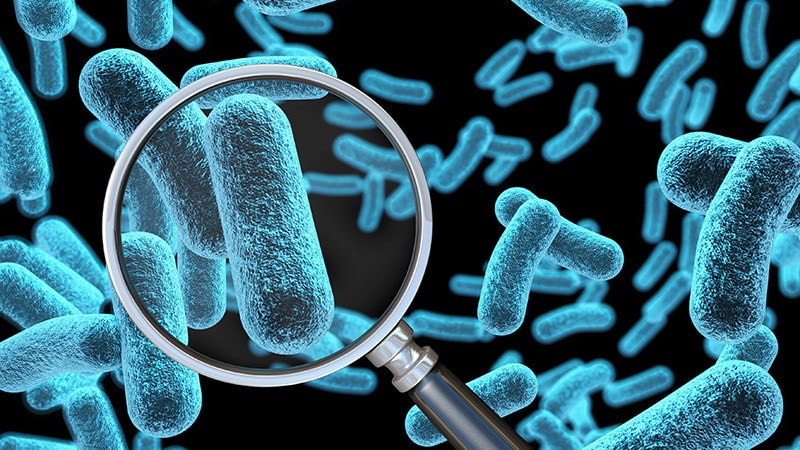 For some patients undergoing surgery, the journey is just beginning after they leave the hospital. Surgical site infections are among the most common post-op complications, affecting 2% to 4% of inpatient surgical procedures, according to the Agency for Healthcare Research and Quality. And that’s a problem, as these infections are the number one reason a patient will need to be readmitted to the hospital. For 3% of patients, infections are fatal.

Treatment can be a problem, too. The drug-resistant bacteria crisis remains massive. New estimates show nearly 5 million deaths worldwide were associated with bacterial antimicrobial resistance in 2019, with 1.27 million attributed to it, according to a January 2022 study published in The Lancet.

Finding an infection before it becomes severe — and possibly fatal — isn’t always easy. There’s no specific algorithm that’s universally embraced for monitoring wounds, says Steven Wexner, MD, director of the Digestive Disease Center at Cleveland Clinic Florida and communications consultant for the American College of Surgeons. Technologies that help catch infection earlier may allow for those infections to be treated in a much more effective manner, he says, saving both lives and dollars.

Breakthroughs are happening as we speak. Here we take a peek at six technologies and devices that may be used in the near future — from the basic to the science-fictionesque — to decrease the risk of wound infection and detect the infections that do happen much earlier.

Selfies That Save Lives

Right now it’s up to the patient (or a caregiver) to alert the doctor when a wound doesn’t look right or they’re experiencing symptoms that could point to an infection, such as fever. But how does one know what’s normal?

New research published by NPJ Digital Medicine suggests taking a photo (or “selfie”) of the wound and sending it to the doctor may be an accurate way of detecting potential infection. Abdominal surgery participants who used smartphones to monitor their wounds had 3.7 times’ higher odds of being diagnosed with a surgical infection compared to those in a routine post-op care group.

Past research published in the Journal of the American College of Surgeons on vascular surgery patients also found that these types of apps have the potential to increase the number and accuracy of infection diagnoses, says Wexner, who was not involved in either study. “This type of technology has become much more commonly used,” he says. What’s more, using an app would create a record of infection, allowing for greater standardization of care. That may mean a surgeon could look at a picture, classify the seriousness of the wound, and route patients accordingly — or simply provide reassurance.

A Wireless Sensor That Detects Infection

A wearable sensor that can spot rising levels of bacteria in a wound — and send your smartphone a warning signal — may soon be a reality.

The sensor was tested on mouse models, and the results were published in Science Advances in November 2021. The device has potential to “ensure early identification of infection and better patient outcomes,” says study co-author Ze Xiong, PhD, of the Department of Electrical and Computer Engineering at the National University of Singapore.

This technology would allow for a more objective gauge of infection beyond a patient or caretaker visually monitoring for signs of infection and is quicker than culturing a wound, he says.

The sensor — called WINDOW (wireless infection detection on wounds) — is flexible, wireless, and does not have a battery. It can therefore be embedded into wound dressings. WINDOW is enabled by a DNA hydrogel. “Upon exposure to bacteria beyond thresholds, this hydrogel will be gradually ‘eaten up’ by an enzyme from bacteria, leading to a change of signal that could be detected by the sensor,” says Xiong. At that point, the sensor could send an alert to a smartphone.

The next step is testing on patients, then partnering with a company to develop a prototype, followed by a clinical trial. Xiong hopes that this sensor could be available within 3 to 5 years.

One way to fight a drug-resistant strain of bacteria is finding an alternative method of killing it. Certain types of lasers may help.

A new study published in the Journal of Biophotonics suggests that a device featuring an ultrashort-pulse (USP) laser beam can be used on wounds to kill bacteria quickly and reduce the risk of infection.

“By our calculations, with USP laser treatment, the pathogens appear to be killed within milliseconds, which will enable us to scan the laser quickly enough across the target sites to minimize possible adverse effects on the tissue,” explains study co-author Shaw-Wei David Tsen, MD, PhD, in the Department of Radiology at Washington University School of Medicine. In short, the USP laser would kill bacteria while minimizing the risk to healthy cells.

The research is currently underway on animals, and more is needed to determine optimal use for USP and look for side effects. “Once these studies are completed, a device for treating wounds could be developed very quickly, as much of the supporting technology already exists,” says Tsen. The downside: Finally using it in practice could likely take longer ― up to 5 years, he estimates.

An Infection Tracker That Shuts Down Hospital Outbreaks

Hypothetical: Say a few patients in a hospital turn up with post-op infections. This new system can detect patterns in where, when, and how the infections happened — same wing, same staff, same equipment, for example — to stop outbreaks after two or three cases. “This would be a major advance over traditional methods, which can often miss outbreaks altogether or take a very long time to identify them,” says Lee H. Harrison, MD, professor of medicine and epidemiology, who helped create the system. The next step is creating a prototype that could theoretically be deployed to any hospital.

Bacterial Imaging That Could Improve Antibiotic Use

The early stage of infection is the best time to identify the most effective antibiotic to treat it, says Guoan Zheng, PhD, associate professor in the Departments of Biomedical Engineering/Electrical and Computer Engineering at the University of Connecticut. Now a new 3-D imaging device may improve scientists’ ability to determine the right antibiotic to treat the infection, according to a study published in January in Biosensors and Bioelectronics.

Right now, labs culture bacteria to look for growth, but they don’t give a full picture of that growth — and results can take 24 hours or more. This new device reconstructs the bacterial colony in large-scale 3-D images so scientists can visualize the growth of bacteria and how well it’s responding to an antibiotic, says Zheng. This entire process may take just 2 to 3 hours.

“The results allow doctors to administer the most effective antibiotic while reducing the risk of resistance. The new imaging device can substantially shorten the time for identifying the antibiotic that will be effective in battling the infection,” says Zheng.

This technology may be coming soon. “We aim to commercialize this device and make it available with a business partner in the coming year,” says Zheng.

Ideally, doctors would be able to detect infection before it advances into a life-threatening situation, says John Ho, assistant professor in the Department of Electrical and Computer Engineering at the National University of Singapore. “There is currently a lack of an effective tool that can continuously monitor deep wounds and alert caregivers as soon as complications happen,” he says. Ho, along with a team of researchers, developed bioelectronic sutures that can keep an eye on potential infection.

The results of research on the sutures on animal models, published in Nature Biomedical Engineering, show that these devices have the potential to help prevent infections that lead to dire complications. As for how they work, “when the surgeon stitches the wound, a tiny electronic module containing the sensor is attached to the suture.” The researchers have tested a range of sensors, including an infection-specific one that is made of a material that degrades when levels of specific bacteria rise high enough.

The goal is to alert patients to a wound infection before complications set in. “This could lead to lower rates of reoperation, faster recovery times, and improved patient outcomes,” says Ho. The bioelectronic sutures must first be tested in humans and then be manufactured into a medical device. Ho hopes this technology can reach patients within 5 years.

Jessica Migala is a freelance health journalist who has written for dozens of outlets, including AARP, EatingWell, Women’s Health, Health, Everyday Health, among others. She lives in the Chicago suburbs with her husband, two young sons, and beagle mix.