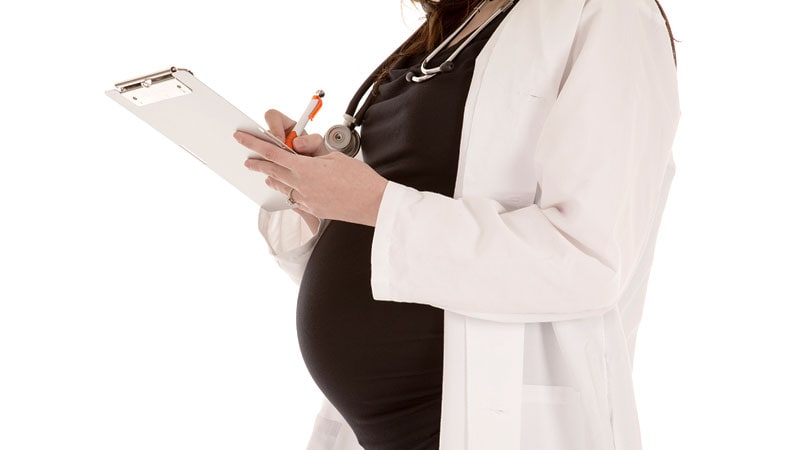 Although a majority of cardiology fellows became parents during training, the survey found that family benefits and policies were not uniformly available and that knowledge about the existence of such policies was low across all institutions.

The findings are published today in the Journal of the American College of Cardiology.

“There are no policies to protect cardiology trainees when they become parents that are uniform across the United States or even internationally, even though, according to our survey, 61.7% become parents during training,” Oliveros told theheart.org/Medscape Cardiology.

Oliveros said she wanted to learn more about the status of institutional practices surrounding pregnant trainees during cardiovascular fellowship, not only in the US, but internationally. “I wanted to study this because of my own experience.”

“I was probably the first pregnant trainee at my institution, and there were no specific policies in place, so I had to find out on my own what to do about radiation safety, where I would breastfeed, schedule changes, how that would impact my graduation time, things like that,” Oliveros said. “It would be nice if you had the resources and your institution could accommodate your needs, instead of every time you have a pregnant person on your staff, you have to reinvent the wheel.”

Oliveros and colleagues conducted an online survey from August 2020–October 2020 that was distributed via social media. Responses were made anonymous to encourage unbiased feedback.

Only 13 of the 47 training program directors (27.7%) received guidance or training on how to accommodate pregnant trainees during fellowship.

Nearly one- half of the programs offered rearrangement of schedules because of radiation concerns, 27.5% did not.

“There is no uniformity, no policies for things like breastfeeding or places where you can pump. None of that is installed, even though by law we’re supposed to have these things,” Oliveros said.

“I would like to see associations, program directors, even trainees helping each other in finding ways to accommodate parents to promote wellness and assure that trainees can have both good training and life balance,” she added.

In an accompanying editorial, Ileana L. Piña, MD, MPH, Thomas Jefferson Institute in Philadelphia, writes: “Enough has been said about our need for a greater percentage of women cardiologists. There is no need to further debate that fact. However, it is puzzling that despite >50% of medical students being women, the cardiology specialty is fraught with recent survey reports of hostility in the workplace, concerns of long hours, exposure to radiation, and poor work-life balance that can compel trainees to choose delaying pregnancy or taking unpaid leave, which will, in turn, delay training. Therefore, it is not surprising that only 14.9% of cardiologist specialists and 21.9% of cardiology fellows are women.”

Piña notes that while the authors understand that it’s difficult to change national policies, they issue a “call to action” for organizations and program directors to demonstrate leadership by developing fair and balanced decisions regarding parental policies.

“Those decisions are so impactful that they can change career trajectories for the better or worse…the current status is unacceptable and must change for the benefit of all trainees, their families, and the program directors. The problem is too important and pervasive,” she adds.

Piña concludes: “Perhaps if the women who are the subjects of, and often the unwitting party to, administrative decisions about their lives, choices, and welfare were invited to contribute to the changes, we would finally see an increase in the number of women in cardiology careers. After all, aren’t we about diversity and belonging?”

As previously reported, Mehta recently led a study that surveyed 323 women cardiologists who were working while they were pregnant. Her study found that 75% of these women experienced discriminatory maternity leave practices, some of which were likely violations of the federal Family and Medical Leave Act.

“If we want more women to pursue a career in cardiology, then employers and health systems need to adequately support parenthood, including allowing people to spend uninterrupted time with their newborns without the fear of discrimination, retaliation, or financial burden,” Mehta said.

Limitations of the study are the small sample size, potential for bias associated with social media distribution, and 75% of respondents were women, Oliveros and colleagues write.