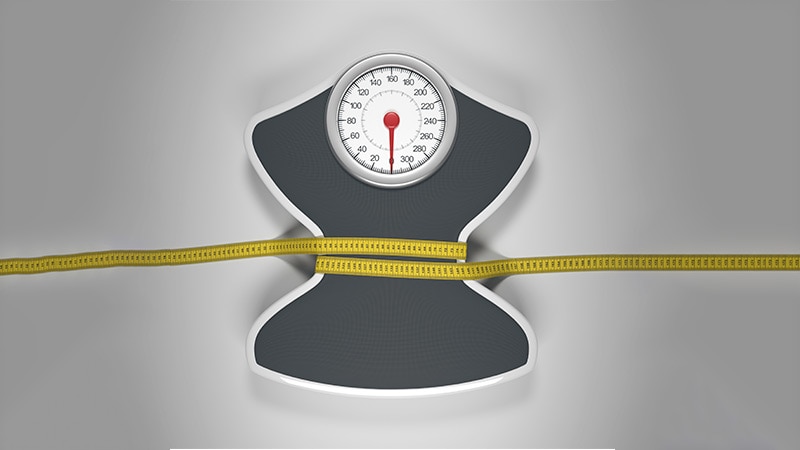 STOCKHOLM – New insights into the benefits of treatment with the “twincretin” tirzepatide for people with overweight or obesity – with or without diabetes – come from new findings reported at the annual meeting of the European Association for the Study of Diabetes.

Additional results from the SURMOUNT-1 trial, which matched tirzepatide against placebo in people with overweight or obesity, provide further details on the favorable changes produced by 72 weeks of tirzepatide treatment on outcomes that included fat and lean mass, insulin sensitivity, and patient-reported outcomes related to functional health and well being, reported Ania M. Jastreboff, MD, PhD.

And results from a meta-analysis of six trials that compared tirzepatide (Mounjaro) against several different comparators in patients with type 2 diabetes further confirm the drug’s ability to reliably produce positive changes in blood lipids, especially by significantly lowering levels of triglycerides, LDL cholesterol, and very LDL (VLDL) cholesterol, said Thomas Karagiannis, MD, PhD, in a separate report at the meeting.

Tirzepatide works as an agonist on receptors for both the glucagonlike peptide–1 (GLP-1), and for the glucose-dependent insulinotropic polypeptide, and received Food and Drug Administration approval for treating people with type 2 diabetes in May 2022. On the basis of results from SURMOUNT-1, the FDA on Oct. 6 granted tirzepatide fast-track designation for a proposed labeling of the agent for treating people with overweight or obesity. This FDA decision will likely remain pending at least until results from a second trial in people with overweight or obesity but without diabetes, SURMOUNT-2, become available in 2023.

SURMOUNT-1 randomized 2,539 people with obesity or overweight and at least one weight-related complication to a weekly injection of tirzepatide or placebo for 72 weeks. The study’s primary efficacy endpoints were the average reduction in weight from baseline, and the percentage of people in each treatment arm achieving weight loss of at least 5% from baseline.

For both endpoints, the outcomes with tirzepatide significantly surpassed placebo effects. Average weight loss ranged from 15%-21% from baseline, depending on dose, compared with 3% on placebo. The rate of participants with at least a 5% weight loss ranged from 85% to 91%, compared with 35% with placebo, as reported in July 2022 in the New England Journal of Medicine.

People treated with tirzepatide “eat so little food that we need to improve the quality of what they eat to protect their muscle,” commented Carel le Roux, MBChB, PhD, a professor in the Diabetes Complications Research Centre of University College Dublin. “You no longer need a dietitian to help people lose weight, because the drug does that. You need dietitians to look after the nutritional health of patients while they lose weight,” le Roux said in a separate session at the meeting.

Additional tests showed that blood glucose and insulin levels were all significantly lower among trial participants on all three doses of tirzepatide compared with those on placebo, and the tirzepatide-treated subjects also had significant, roughly twofold elevations in their insulin sensitivity measured by the Matsuda Index.

The trial assessed patient-reported quality-of-life outcomes using the 36-Item Short Form Survey (SF-36). Participants had significant increases in all eight domains within the SF-36 at all three tirzepatide doses, compared with placebo, at 72 weeks, Jastreboff reported. Improvements in the physical function domain increased most notably among study participants on tirzepatide who had functional limitations at baseline. Heart rate rose among participants who received either of the two highest tirzepatide doses by 2.3-2.5 beats/min, comparable with the effect of other injected incretin-based treatments.