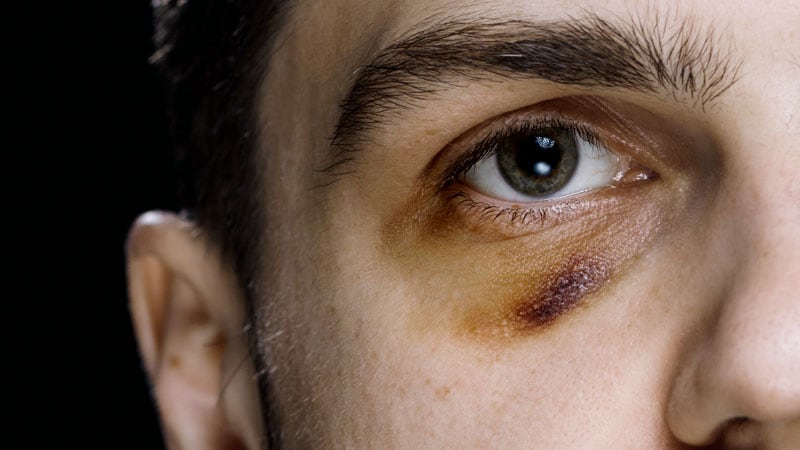 Patients with Tourette syndrome (TS) are more likely to be assaulted or to perpetrate a crime, new research shows.

Results of a large registry study show that compared to the general population, patients with TS were twice as likely to be assaulted and three times more likely to commit a crime.

However, study investigator David Mataix-Cols, PhD, cautioned that only a minority of TS patients are either victims or perpetrators of violence.

“It is very important that these results are not misinterpreted as indicating that these individuals are dangerous. Instead, they represent a vulnerable group in need of much more support than is currently available in most countries,” Mataix-Cols, Center for Psychiatric Research Karolinska Institutet, Stockholm, told Medscape Medical News.

The study was published online March 21 in JAMA Neurology.

Using nationwide health and administrative registers, the research team identified roughly 13.8 million individuals living in Sweden between 1973 and 2013, including 7791 with TS or chronic tic disorder (CTD).

Individuals with TS/CTD had a twofold increased risk of experiencing any assault (sexual and violent) compared to unaffected individuals from the general population (adjusted hazard ratio [aHR], 2.21; 95% CI, 2.00 – 2.43).

The cumulative incidence was 14% among those whose cases were followed from birth, compared to 5% in the general population.

“While the vast majority of people with TS will never get in trouble with the law, we show that they are more likely to do so than individuals from the general population, particularly if they have certain comorbidities, like attention-deficit/hyperactivity disorder or substance use disorder,” Mataix-Cols said.

In absolute terms, 22% of people with TS/CTD whose cases were followed from birth had been convicted of a violent crime by age 41, vs 5% of the general population.

Similarly, 33% had been convicted of a nonviolent crime, vs 15% of the general population.

The study also shows that victimization and perpetration of crime are linked in TS; 37% of the TS/CTD individuals who had been the victim of any assault also had been convicted of a violent crime. This has also been shown in other neuropsychiatric disorders.

The researchers note the results have important clinical, social, and medicolegal implications.

“From a clinical perspective, early detection and management of TS/CTD and associated comorbidities is key. It is paramount to improve access to specialist multidisciplinary teams and to evidence-based treatments, particularly behavior therapy, for TS/CTD,” they write.

“From a social perspective, more needs to be done to support patient organizations in their efforts to educate the general public about TS/CTD and reduce the considerable stigma and misunderstanding still associated with the disorder,” they add.

From a medicolegal perspective, increased awareness within the legal community of the nature of TS/CTD and associated comorbidities is important, the investigators note.

“When appropriate, legal proceedings should involve medical experts who can advise on diminished legal responsibility issues (ie, to help determine if the person’s behavior was deliberately intended to cause harm). A better understanding of the peculiarities of TS/CTD may prevent unwarranted convictions,” they write.

Mataix-Cols said an important caveat to the study is that all of the patients were diagnosed in specialist services, “which probably means that they represent the more severe, complex, and highly comorbid cases.”

Individuals with milder tics who do not seek help or are managed in primary care, for example, were not included in the study. “My guess would be that the risks would be much smaller or null in individuals who have mild tics and no comorbidities,” he added.

In an accompanying editorial, Davide Martino, MD, PhD, with the University of Calgary, Canada, and co-authors note that the study addresses “clinically important but understudied realities. Undoubtedly, the findings presented in this article will generate lively debate.

“Concerns will be raised about the risk of reinforcing the social stigma of individuals with TS or persistent tic disorder (PTD). However, if this debate appropriately focuses on the objective and accurate interpretation of the data, it will provide an opportunity for the field to recognize and to address these realities. It is our choice how we would like to proceed in the study of the taboo topic of assault experience and criminal behavior in TS or PTD and related disorders,” they write.

The editorialists add that it’s “vitally important to collect data, understand potential issues, and design and implement meaningful interventions. If we fail to adequately understand and address these issues, we may be missing a huge opportunity to improve the quality of life for many individuals and families dealing with TS or a persistent tic disorder.

“Our hope is that clinicians, researchers, and advocacy associations will partner and intensify the exploration of these phenomena,” they conclude.

The study was supported by a grant from the Academy of Finland. Mataix-Cols reported receiving royalties for contributing articles to UpToDate, Wolters Kluwer Health, and Elsevier for editorial work outside of the submitted work. Martino has no relevant disclosures. Editorialist Michael Okun, MD, is an associate editor for JAMA Neurology.