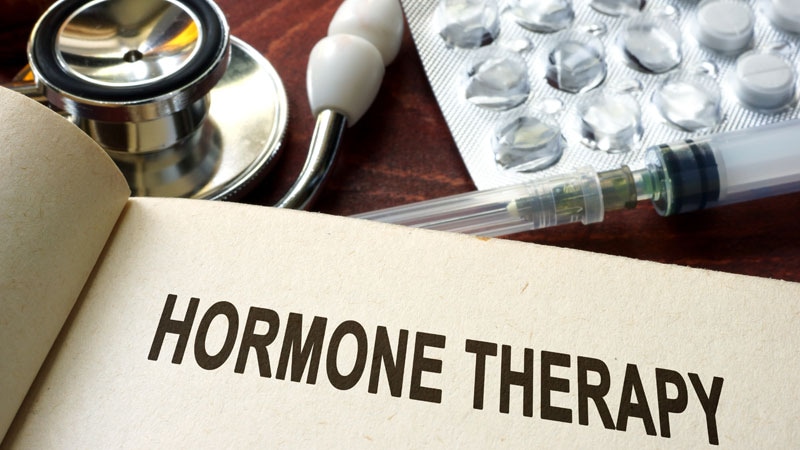 The US Preventive Services Task Force (USPSTF) moved forward their recommendations for using hormone therapy to prevent chronic conditions in postmenopausal women by keeping them the same.

The central message of the new recommendations, released on November 1 as a statement published in JAMA, remains unchanged from the last update in 2017.

The message also remains simple: don’t use hormone therapy for preventing chronic conditions, such as cardiovascular disease, cancer, and osteoporosis, or bone fracture.

This wording is identical to that used in the 2017 guidance (except it now refers to postmenopausal persons instead of specifically women). The recommendation against use of estrogen and progestin for prevention of chronic conditions in postmenopausal women was first made by the USPSTF in 2002.

An editorial accompanying the 2022 revision notes that the evidence cited by the USPSTF includes “only two additional, modest-sized trials” (that focused on the effects of hormone therapy on cognition and brain structure) compared with 2017, “as well as ancillary analyses of previous trials.”

The 2022 revision and revisiting of the evidence base by the Task Force regarding the benefits and risks of postmenopausal hormone therapy occurred “as part of the Task Force’s standard approach, which includes updating each recommendation approximately every 5 years,” explained Carol M. Mangione, MD, who USPSTF chair and chief of the Division of General Internal Medicine and Health Services Research at the University of California, Los Angeles.

“In our review we again found that while hormone therapy may reduce the risk of some conditions, it can also lead to serious harms such as an increase in the risk of blood clots and stroke,” Mangione said in an interview. “The harms cancel out any potential benefits overall.”

This new statement only applies to using menopausal hormone treatment for preventing chronic conditions in asymptomatic people but does not speak to using this treatment in managing people with perimenopausal symptoms such as hot flashes or vaginal dryness or treating people with premature or surgical menopause, Mangione highlighted.

No Review for Treating Menopausal Symptoms

Osteoporosis and increased risk for bone fracture were among the conditions that accompany menopause reviewed by the USPSTF. The Task Force concluded that while “hormone therapy was associated with decreased risk of fractures,” after weighing the benefits and harms for preventing this condition, “there is no net benefit at the population level.”

This conclusion seems to contrast with the 2022 hormone therapy position statement of the North American Menopause Society (NAMS), released in July, which states: “For women aged younger than 60 years or who are within 10 years of menopause onset and have no contraindications, the benefit–risk ratio is favorable for treatment of bothersome vasomotor symptoms and prevention of bone loss.”

“We are entirely aligned with the recommendation to use hormone therapy for management of menopausal symptoms and not for chronic disease prevention or as an anti-aging strategy,” Faubion commented in an interview.

The distinction the USPSTF makes between its recommendations against using hormone therapy to prevent chronic conditions and its deferral of comment on use of the same treatment to manage perimenopausal symptoms is often forgotten, note Alison J. Huang, MD, and Deborah Grady, MD, in their editorial.

A Problem of Conflation

“Many patients and clinicians conflate these two different indications,” they write.

In addition, alternative, nonhormonal options for treating perimenopausal symptoms have not received the same level of scrutiny as hormonal treatment, they say.

“It is arguably problematic to avoid menopausal hormone therapy and favor potentially less effective treatments, when the longer-term implications of those treatments for health have not been evaluated,” Huang and Grady write in their editorial.

In short, during menopause, people are at risk of being “frightened away from considering using menopausal hormone therapy for distressing symptoms,” they say.

“We can’t speak to whether or how often clinicians might be conflating the role of hormone therapy in treating symptoms and preventing chronic conditions,” answered Mangione.

“We hope to ensure that health professionals know that hormone therapy is not a beneficial way to reduce the risk of chronic conditions such as heart disease, cancer, and strokes,” she added. The new recommendations are an effort to “raise awareness about the value of considering other safe and effective ways for people to reduce their risk of chronic health problems as they age.”

The Issue of Timing

Another critique offered by Huang and Grady in their editorial is that “the scientific and medical community should let go of the past,” and should no longer invest additional resources in “itrying to parse out subsets of menopausal patients who may derive some preventive benefit from menopausal hormone therapy for a limited amount of time.”

The USPSTF “calls for more research that can help us understand whether health outcomes — both benefits and harms — differ depending on a person’s age or when they started hormone therapy related to when they went through menopause,” she said.

Mangione also highlighted the need for additional research on whether the benefits and risks of menopausal hormone therapy vary across racial and ethnic groups.