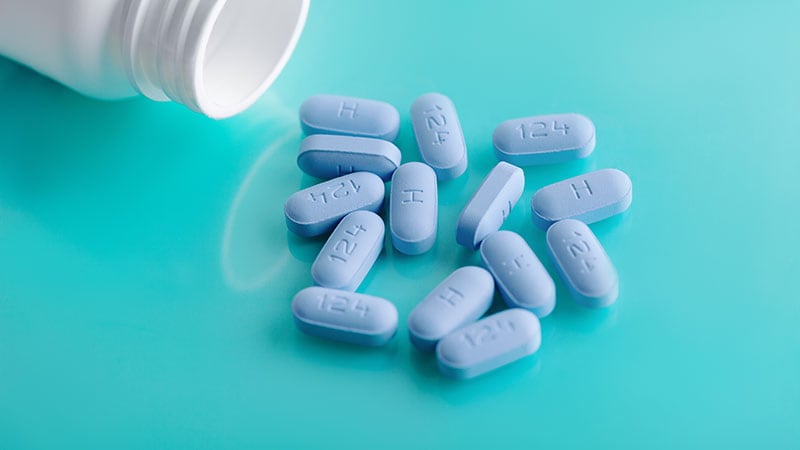 The US Preventive Services Task Force (USPSTF) released revised draft recommendations for HIV preexposure prophylaxis (PrEP) today based on a review of evidence of new formulations, including long-acting drugs.

Consistent with 2019 recommendations, the ‘grade A rating’ attributed to PrEP remained unchanged, and the Task Force draft reinforced that clinicians continue to prescribe PrEP to currently uninfected adults and adolescents at increased risk for acquiring HIV.

Among the various clinical considerations, the draft guidance highlighted that although men who have sex with men (MSM) remained the highest at-risk population (they accounted for 68% of new diagnoses in 2020), other populations, including all sexually active adults and adolescents, sex workers, injection drug users, and the transgender population also be considered.

Still, the Task Force also acknowledged that HIV acquisition existed on a continuum, and that well-validated tools to identify at-risk patients were lacking.

In a statement issued in response to the new draft recommendations, Carl Schmid, executive director of the HIV+HEP Policy Institute, noted that the Institute was pleased that the USPSTF updated its recommendations and also included long-acting cabotegravir at their request.

However, Schmid also alluded to the recent news of possible violations by Blue Cross Blue Shield of North Carolina related to placement of HIV drugs in higher priced formulary tiers — a potential added barrier to getting PrEP into the hands of as many people as possible.

“We are hearing many complaints by people who are still being charged cost-sharing for oral PrEP and its associated services,” said Schmid in the written statement. “We need state and federal regulators to take the necessary steps to correct these problems.”

“We have such a great funding program for people living with HIV and there’s just nothing similar for PrEP,” Lina Rosengren-Hovee, MD, MPH, an infectious disease physician and epidemiologist at the University of North Carolina-Chapel Hill, told Medscape Medical News.

“They absolutely have to reconsider how insurance mechanisms are going to actually get PrEP into the hands of people, especially when you’re talking about, you know, cabotegravir and some of the upcoming drugs,” she said, concurring with Schmid.

Clinicians who treat at-risk patients are encouraged to take sexual and injection drug use histories in a nonjudgmental manner, and also familiarize themselves with local laws and regulations applicable to PrEP provision in adolescents.

Clinicians and other providers are encouraged to review the revised draft recommendations, which are also open for public comment until January 17 at 11:59 PM ET.