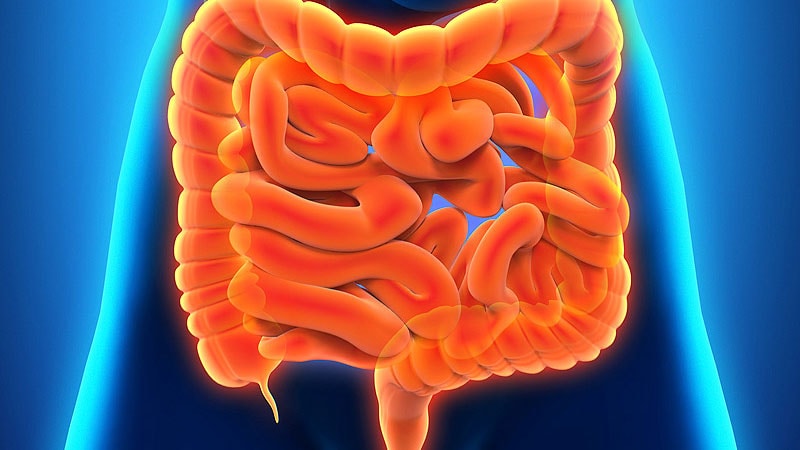 Patients with inflammatory bowel disease (IBD) taking ustekinumab (Stelara) are less likely to have infections as a side effect than those taking tofacitinib (Xeljanz) or anti–tumor necrosis factor-alpha (anti-TNF), researchers say.

Although the risk of infections is not large for any of these drugs, clinicians should nonetheless take it into account, given their similar efficacy, said Ashwin Ananthakrishnan, MD, associate professor of medicine at Massachusetts General Hospital in Boston, Massachusetts.

“These findings may not dramatically change prescribing patterns, but in those who may be particularly vulnerable for infection, they could point toward the safer biologic being Stelara,” he told Medscape Medical News.

The study by Ananthakrishnan and his colleagues was published in Clinical Gastroenterology and Hepatology.

Biologic and small-molecule immunosuppressive therapies have emerged as effective treatments for Crohn’s disease and ulcerative colitis, the two conditions that comprise IBD.

But the recent proliferation of drugs in these classes with different mechanisms of action has made prescribing decisions complicated. And because the drugs suppress the immune system, they can make patients vulnerable to infection.

Randomized controlled trials, even those comparing the drugs head to head, have not been large enough to compare safety outcomes with statistical accuracy, Ananthakrishnan and his colleagues found.

They identified 19,096 patients whose IBD was treated with anti-TNF agents, 2420 with ustekinumab, and 305 with tofacitinib. The number of patients taking tofacitinib is small because it is a newer drug, Ananthakrishnan said.

They found a higher rate of infection for the patients taking anti-TNF agents compared with those taking ustekinumab and tofacitinib over the course of up to a year.

The researchers adjusted for age, sex, IBD duration, prior corticosteroid use, prior immunomodulator use, prior IBD hospitalization, and comorbidities, after which they then compared the risks of infection.

The advantage with ustekinumab over anti-TNF agents was larger for patients with comorbidities. There was a 25% reduction in the risk of infections for patients taking ustekinumab who had a Charlson comorbidity index score of at least 2 and who were younger than 65 years (HRm 0.71; 95% CI, 0.58 – 0.87; P < .001).

The respiratory system and the urinary tract were the most common sites of infections. Bacterial, viral, and fungal infections were similarly distributed in the three groups.

Further research is needed, said Ananthakrishnan. “To understand the comparative safety may be particularly important for vulnerable populations, like those who are older or have other underlying comorbidity, where safety is increasingly an important issue.”

The findings are similar to those of other studies comparing infections in association with ustekinumab to anti-TNF medications for related conditions, such as psoriatic arthritis and psoriasis, he said.

Clinicians have seen similar differences among the drugs in clinical practice, said Miguel Regueiro, MD, chair of the Digestive Disease and Surgery Institute at Cleveland Clinic in Ohio, who was not involved in the study.

“It aligns well with what we’ve thought, but it’s nice to see in a publication,” he told Medscape Medical News.

The implications of the study are limited because it was not a prospective randomized trial and because the number of patients taking tofacitinib was so small, Regueiro added.

Another limitation is that the patients who were admitted to the hospital in this database were not necessarily admitted because of their infections, said Stephen Hanauer, MD, medical director of the Digestive Health Center at Northwestern University in Chicago, Illinois, who also was not involved in the study.

Hanauer told Medscape Medical News that comparisons with other agents would be helpful.

“They didn’t look at vedolizumab (Entyvio) in this database,” he said. “Entyvio is generally considered to be safer than TNF inhibitors or tofacitinib with fairly comparable safety to ustekinumab.”

Laird Harrison writes about science, health, and culture. His work has appeared in magazines, newspapers, on public radio, and on websites. He is at work on a novel about alternate realities in physics. Harrison teaches writing at the Writers Grotto. Visit him at lairdharrison.com or follow him on Twitter: @LairdH.