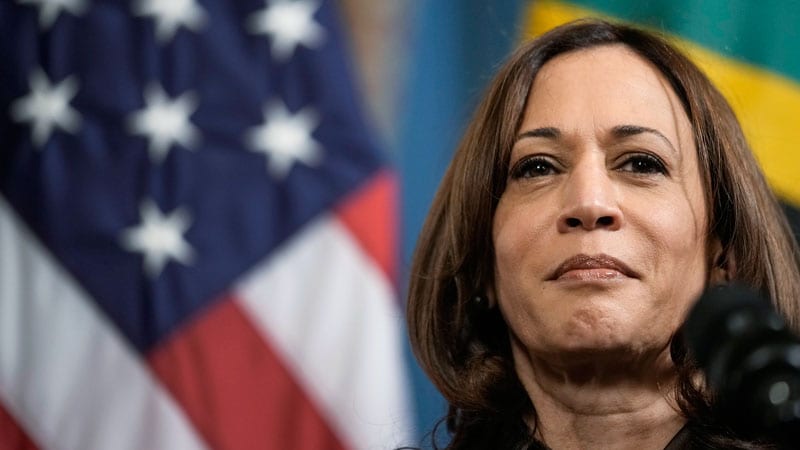 Vice President Kamala Harris tested negative with a rapid COVID-19 test on Monday, clearing her to return to White House on Tuesday.

Harris tested positive for the coronavirus last Tuesday, which raised concerns about President Joe Biden’s potential exposure. Harris is the highest-ranking U.S. official to be infected after weeks of Cabinet members and other top lawmakers testing positive throughout April, according to  The New York Times .

Harris is scheduled to return to work in person on Tuesday, Kirsten Allen, the vice president’s press secretary, wrote in a Twitter post. Harris will wear a “well-fitting mask while around others” through the 10-day period after the positive test, Allen wrote.

Last week, Harris received Paxlovid, the antiviral treatment made by Pfizer. At that time, her office said she didn’t have symptoms and would isolate at home.

Harris, 57, received her second booster shot on April 1, three days after federal regulators authorized the additional shot for people over 50. Second gentleman Doug Emhoff tested positive for the virus in mid-March. He had received his first booster shot and had mild symptoms.

After Harris tested positive last week, Biden administration officials said they didn’t consider her to be a close contact of Biden, the Times reported, which would mean 15 minutes of exposure within 6 feet of the infected person in a 24-hour period.

“She has not been a close contact to the President or First Lady due to their respective recent travel schedules,” Allen wrote in a Twitter post last week. “The Vice President will return to the White House when she tests negative.”

Administration officials follow social distancing guidelines in meetings with Biden, Jen Psaki, the White House press secretary, said during a news briefing on Monday. She has previously noted that the White House maintains stricter measures than the CDC advises, the newspaper reported.

Biden attended the White House Correspondents’ Dinner on Saturday night and didn’t wear a mask while on stage, according to the Times. Psaki said Monday that Biden wore a mask at other gatherings related to the event. She said she didn’t know if Biden and Harris would meet on Tuesday.

The New York Times: “Vice President Harris tests negative for the coronavirus and will return to work.”