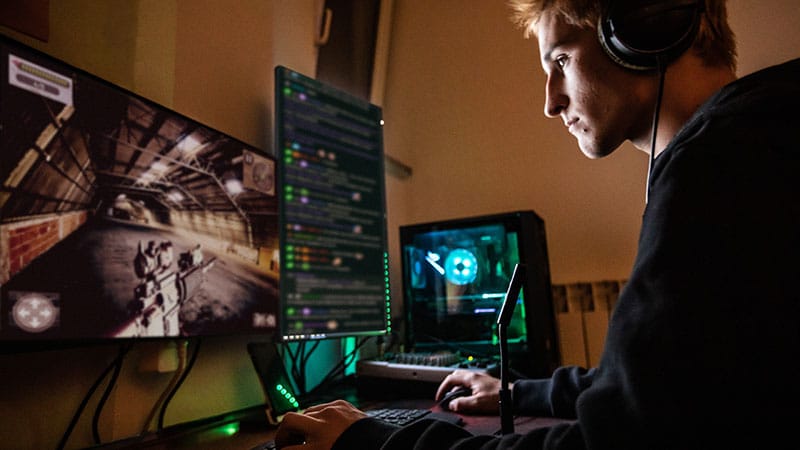 Playing video games can produce potentially fatal arrhythmias in susceptible children, including those not known to be at risk, and war games are a potent trigger, an international case series and systematic review reveals.

“Any child or teenager that has a new blackout, faint, collapse, or seizure should be checked out by their local or family doctor, [who] will then determine if further tests are necessary,” they said.

The study was published online today in the journal Heart Rhythm.

“We had encountered a few children in our practice with underlying heart rhythm problems who were having worrying events during electronic gaming,” explained Lawley and Turner. “After contacting some of our close colleagues in our own region, we discovered the phenomenon was not just confined to our own patients. We therefore made a callout for similar experiences to all of our heart rhythm colleagues around the world.”

The team identified 22 patients (18 in international case series and 4 in a systematic review) as having experienced suspected or proven ventricular arrhythmia while playing video games. The patients (19 male, 3 female) were ages 7-16 years.

Ten of those 19 patients with a proarrhythmic diagnosis had catecholaminergic polymorphic ventricular tachycardia (CPVT), 4 had long QT syndrome, 2 had undergone congenital cardiac surgery, 2 had idiopathic ventricular fibrillation, and 1 had coronary ischemia after Kawasaki disease.

In 3 patients, including 2 of those who died, the diagnosis is unknown.

Management varied depending on the severity of the presenting episode, local institutional practice, and patient and family preference. Of note, 5 of the 18 survivors had subsequent episodes of arrhythmia during electronic gaming, 4 of whom were on antiarrhythmic medication at the time.

The authors suggest that adrenergic stimulation plays a role in the pathophysiology of these arrhythmic events.

They note that the “opt-in nature” of the study may have led to an “underestimation of case numbers” and that they did not address events in older video gamers. Information also was not available on potential confounders such as additional medical diagnoses, sleep practices, and use of stimulants.

Nonetheless, they caution that electronic gaming may be encouraged under the false premise that it may represent a safe alternative to higher-risk sports.

Elizabeth DeWitt, MD, medical director of the surgical electrophysiology program at Boston Children’s Hospital and assistant professor of pediatrics at Harvard Medical School, commented on the study for theheart.org/Medscape Cardiology. “I care for a patient who suffered cardiac arrest while playing an interactive movie/video game that caused significant emotional excitement, who was ultimately diagnosed with CPVT. This event was the first cardiac symptom.

“As the authors point out, this is not something that I have typically specifically counseled patients with known inherited arrhythmia syndromes to be aware of, focusing more on risk with exertion and emotional excitement generally,” she said. “It is important to highlight and to further increase awareness of this topic.

“Unexplained syncope or palpitations during electronic gaming in previously healthy children or those with congenital heart disease should prompt a thorough evaluation to rule out arrhythmia, including detailed history, family history, ECG, and exercise or pharmacologic stress test,” said DeWitt, who was not involved with this study. “Patients with known inherited arrhythmia diagnoses should be counseled about the potential arrhythmic risk associated with electronic gaming and consideration given to pursuing alternative recreational activities.”

A multicenter registry could track such cases and prospectively collect more from around the world “to establish whether additional recommendations or approaches to management beyond those described might be important,” she suggests.

“Having looked after children with heart rhythm problems for more than 25 years, I was staggered to see how widespread this emerging presentation is, and to find that a number of children had even died from it,” he said in a statement. “All of the collaborators are keen to publicize this phenomenon so our colleagues across the globe can recognize it and protect these children and their families.”

Writing in a related editorial, Johnathan Rast, BS, William White, MD, and Daniel Sohinki, MD, MSc, from Augusta University in Georgia, note that “in the modern era, ‘exertion’ should be understood to encompass activities outside of traditional competitive athletics. Appropriate counseling regarding the risks of intense video game play should be targeted toward children with a proarrhythmic cardiac diagnosis and any child with a history of exertional syncope of undetermined etiology.”

“Furthermore,” they say, “any future screening programs aimed at identifying athletes at risk for malignant arrhythmias should encompass athletes being considered for participation in eSports.”

No funding sources were disclosed. The study authors and editorialists report no relevant financial relationships.