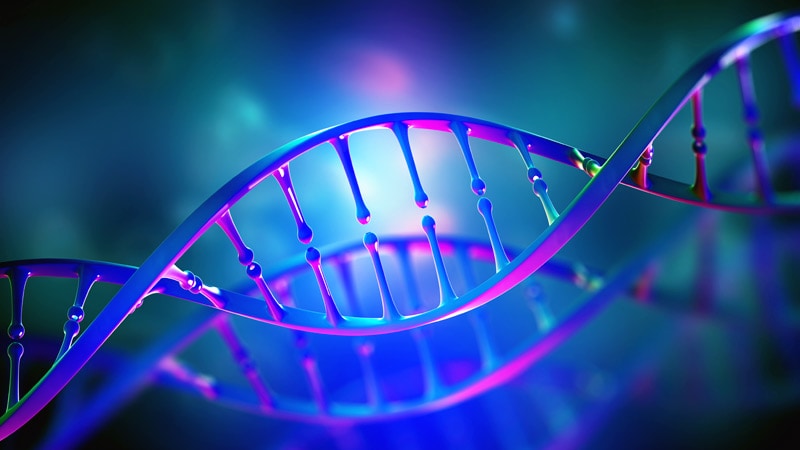 While scientists celebrate putting together the last pieces of the human genome — a major accomplishment decades in the making — the rest of us are left wondering what this breakthrough could mean for our own health and well-being.

Advances in diagnosis and treatment of cancers, development disorders, infertility, and many diseases driven by genetic changes are expected to come out of this new research, experts say.

“Hallelujah. We finally finished one human genome. This is the beginning of a transformation, not only for genomic research but for clinical medicine,” said Evan Eichler, PhD, who spoke at a media briefing sponsored by the National Human Genome Research Institute.

“This is going to have substantial impacts for basic research and clinical genomics moving forward,” said Karen Miga, PhD, director of the Miga Lab at the University of California, Santa Cruz.

Miga is another lead investigator involved in the research from the Telomere-to-Telomere (T2T) Consortium, which brought hundreds of researchers together on the project. The T2T name makes sense because telomeres are the end caps of DNA strands, and mapping the entire human genome means arranging our genes from one end to the other.

In addition to mapping new segments of these building blocks of the human body, researchers also revealed DNA segments in centromeres. Centromeres are located where arms of the chromosomes are pinched in the middle to form an “X” shape.

The centromere genes are “important every time our cells divide and are associated with cancer, developmental issues, and infertility,” Miga said.

Conditions like cancer or Down syndrome are connected to these areas of the genome, said Eichler, a senior author of some of the research published as five studies simultaneously in the journal Science.

Because of advances in technology, scientists can now piece together longer regions of the genome that contain many repeated, similar sections for the first time. One of the researchers, Michael Schatz, PhD, shared an analogy. Almost 2 decades ago, it was like putting together a 1,000-piece puzzle where many of the pieces looked the same, such as only blue sky. Now that longer DNA sequences can be mapped, it’s more like assembling a toddler’s puzzle with giant pieces, and ones that show the blue sky, clouds, and mountains.

Asked when the new genome information will be used to guide medicine, “It’s already happening,” Schatz, a professor of computer science and biology at Johns Hopkins University in Baltimore, said during the briefing.

Knowing which variant you have in genes inherited from your parents and which variants are in the cancer “is incredibly important for treatment,” he said. “With breast cancer, for example, depending on the particular sets of mutations involved, you might get one chemotherapy versus another.”

“So we’re already seeing this in cancer and other disease with strong genetic components,” Schatz said.

“There will also be a future where our sequences deeply inform our conversations with health care providers, helping make us more knowledgeable about our health and our well-being,” said Eric Green, MD, PhD, director of the National Human Genome Research Institute.

Having a complete map of a human genome means it can be used as a reference and compared to others.

The next step is figuring out if people with the disease are more or less likely to have certain variations, said Schatz. Success really depends on having a complete, comprehensive, and accurate view of the variations, he said.

“Using this new complete genome as a reference, it will now be possible to understand how variation in these technically challenging sequences contributes to human traits and diseases, as well as how they were shaped by the forces of evolution throughout human history,” said Rajiv McCoy, PhD.

Newer technology that allows investigators to look at longer DNA segments is revealing new insights, including for people with breast cancer.

“We’re finding variants that have never been seen before,” Schatz said. “I can’t say now that these new variants are causal … but the fact that there are new variants only accessible with this new technology is just very exciting to me.”

Even with the potential gains in clinical medicine, “most interesting to me is these regions carry genes that make us uniquely human,” Eichler said. About half the genes that give us a bigger brain than the apes specifically come from these regions, for example, he said.

Variety Is the Spice of Life?

Even though 8% might sound like a small percentage, Schatz said, when he and colleagues compared 3,202 genomes to this new reference map, they discovered more than 1 million more variants.

“Now that we’ve sequenced the first human genome completely and are starting on the next 100, we are starting to see incredible variation … and variation that was largely unanticipated,” Eichler said.

The earliest application will be that there will be fewer errors in current clinical genetic tests and research, said McCoy, an assistant professor of biology at Johns Hopkins University.

Farther down the line, McCoy said, “it is likely that scientists will identify genetic variation contributing to both rare and common disease in some of these regions that were previously hidden, which could pave the way for new diagnostics and therapies.”

Scientists also plan to sequence hundreds of genomes from people from diverse populations around the world through the Human Pangenome Reference Consortium. One goal is to compare these genomes to reference genomes to better understand human diversity.

“This accomplishment will also drive frank and meaningful conversations about health equity and access, as well as how to continue building genomic resources that are free from bias and underrepresentation,” Green said. Historically, genetic studies have been criticized for not representing global populations.

“Although the potentialities are limitless, there is much work to be done toward a future where the benefits of telomere-to-telomere sequencing are available and accessible to all,” Green added

The timeline for other ways the accomplishment will apply to medicine is difficult to predict, McCoy said, but it is “likely on the scale of the next year or two.”

Green added: “The exciting thing I see in how this can connect to health is this future of medicine, where we believe some day — and it’s starting to happen already — physicians will use the genome sequences to tailor the medical care of their patients.”

This is a first step, he said, in giving doctors a “complete blueprint view of patients.”

Within 10 years, “I want to see this as a routine, under-$1,000 test that you can walk into a clinic and get your whole genome sequenced to enable this precision medicine,” said Adam Phillippy, PhD, head of the National Human Genome Research Institute’s Genome Informatics Section.

The goal is not to just catalog the genes, but to look at their function.

“By taking genomic technology into this new space and trying to figure out how they are regulated in health and disease is a really important next step,” Miga said.

“For as long as people have known about DNA and its importance, there has been this yearning to know what the complete gene sequence was, and now we have it for a single genome,” Schatz said.

The big-picture effects go beyond humans to all life on Earth, he added.

“I’m just so incredibly excited about the applications in human health, understanding populations, looking very broadly across the tree of life to all plants, animals, viruses, fungi — everything on the planet.”