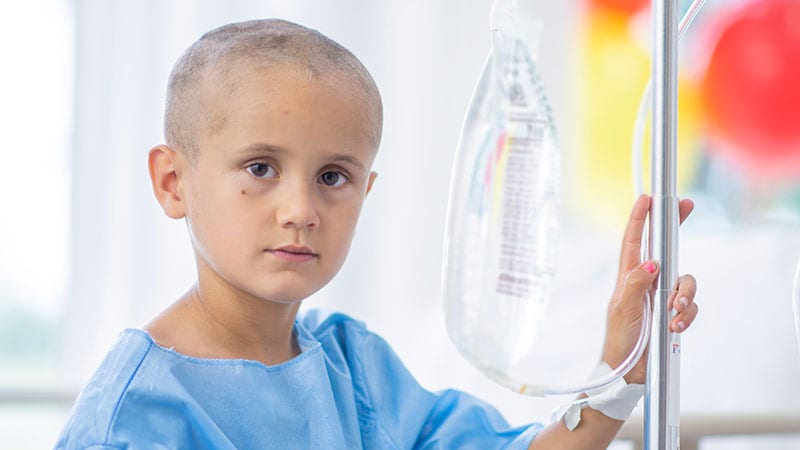 Two new studies offer insights into leukemia survival rates in the United States. From 2000 to 2014, a drop in mortality among children spurred a rise in 5-year leukemia survival rates among patients aged 0-24. But adolescents and young adults who survive 5 years after diagnosis face an ongoing higher risk of death, recent research revealed, and their long-term survival is lower compared to that of the general population.

“Outcomes are improving. However, additional efforts, support, and resources are needed to further improve short- and long-term survival for acute leukemia survivors. Targeted efforts focused on populations that face greater disparities in their survival are needed to move the needle faster,” Michael Roth, MD, codirector of the Adolescent and Young Adult Oncology Program at the University of Texas M.D. Anderson Cancer Center, said in an interview.

In one study, released in The Lancet Child & Adolescent Health, an international team of researchers tracked survival outcomes from various types of leukemia in 61 nations. The study focused on the years 2000-2014 and followed patients aged 0-24.

The U.S. data came from 41 states that cover 86% of the nation’s population, lead author Naomi Ssenyonga, a research fellow at London School of Hygiene & Tropical Medicine, said in an interview.

In regard to all leukemias, “we noted a steady increase in the U.S. of 6 percentage points in 5-year survival, up from 77% for patients diagnosed during 2000-2004 to 83% for those diagnosed during 2010-2014,” Ms. Ssenyonga said. “The gains were largely driven by the improvements seen among children.”

Why haven’t adolescents and young adults gained as much ground in survival?

“They often have unique clinical needs,” Ms. Ssenyonga said. “Over the past few years, adolescents and young adults with leukemia in some parts of the world, including the U.S., have increasingly been treated under pediatric protocols. This has led to higher survival. However, this approach has not been adopted consistently, and survival for adolescents and young adults with leukemia is still generally lower than survival for children.”

Gwen Nichols, MD, chief medical officer of the Leukemia & Lymphoma Society, agreed that pediatric treatment protocols hold promise as treatments for young adults. However, “because we arbitrarily set an age cutoff for being an adult, many of these patients are treated by an adult [nonpediatric] hematologist/oncologist, and some patients in the 20-39 age group do not receive the more intensive treatment regimens given to children,” she said in an interview.

“Early mortality within 10 years of diagnosis was mostly secondary to leukemia progressing or recurring. We believe that later mortality is secondary to the development of late side effects from their cancer treatment,” Roth said.

He noted that many adolescents and young adults with ALL or AML receive stem-cell transplants. “This treatment approach is effective. However, it is associated with short- and long-term toxicity that impacts patients’ health for many years after treatment.”

Indeed, up to 80% of acute leukemia survivors have significant health complications after therapy, said the Leukemia & Lymphoma Society’s Nichols, who wasn’t surprised by the findings. According to the society, “even when treatments are effective, more than 70% of childhood cancer survivors have a chronic health condition and 42% have a severe, disabling or life-threatening condition 30 years after diagnosis.”

“It would be interesting to understand the male predominance better,” she added, noting that the study found that male patients had worse long-term survival than females (survival time ratio: 0.61, 95% confidence interval, 0.45-0.82). “While it is tempting to suggest it is due to difference in cardiac disease, I am not aware of data to support why there is this survival difference.”

What’s next? “In ALL, we now have a number of new modalities to treat high-risk and relapsed disease such as antibodies and CAR-T,” Nichols said. “We anticipate that 5-year survival can improve utilizing these modalities due to getting more patients into remission, hopefully while reducing chemotherapeutic toxicity.”

Nichol’s also highlighted the society’s new genomic-led Pediatric Acute Leukemia (PedAL) Master Clinical Trial, which began enrolling children with acute leukemia in the United States and Canada this year, in an effort to transform medicine’s traditional high-level chemotherapy strategy to their care. The project was launched in collaboration with the National Cancer Institute, Children’s Oncology Group, and the European Pediatric Acute Leukemia Foundation.

As part of the screening process, the biology of each child’s cancer will be identified, and families will be encouraged to enroll them in appropriate targeted therapy trials.

“Until we are able to decrease the toxicity of leukemia regimens, we won’t see a dramatic shift in late effects and thus in morbidity and mortality,” Nichols said. “The trial is an effort to test newer, less toxic regimens to begin to change that cycle.”