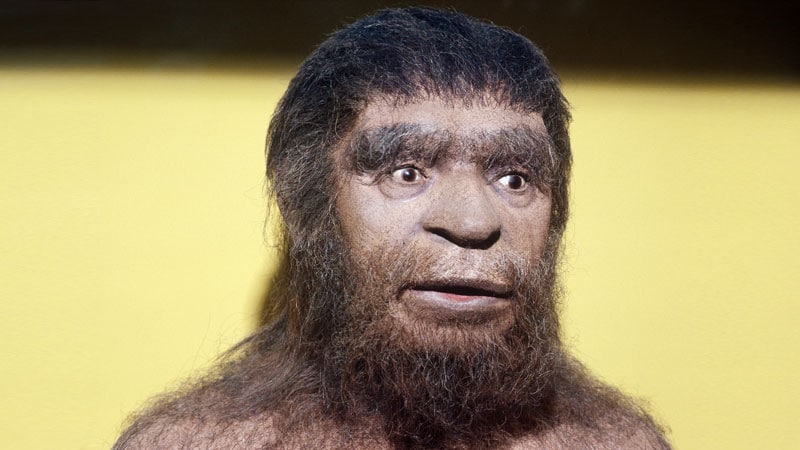 If you’re one of the 65 million Americans — about 1 in 4 adults — who have recently had lower back pain, blame it on the Industrial Revolution.

Scientists recently learned that the massive changes in lifestyles during this time of transformation at work led to changes in our spines and to back pain. And it was Neanderthals that helped scientists figure this out.

For years, researchers believed that Neanderthals’ spines and the spinal columns of modern people — Homo sapiens — had fundamental differences in how their vertebrae wedged together. It seemed that Neanderthal vertebrae angled so that the lumbar region — the lower back — was less curved than this region in humans today. But they were wrong.

It turns out, researchers weren’t comparing the correct models, and they are setting the record straight now ina study published in the journal PNAS Nexus .

Most of anthropologists’ understanding of human spines has come from skeletons in the late 19th century or later, about a century after the Industrial Revolution began. But when researchers recently compared more than 300 spines from around the world, they included samples from both before and after the Industrial Revolution. Then they compared them to Neanderthal spines.

The biggest differences in lower back curving, they found, were between the pre-industrial and post-industrial spines of people with more lumbar wedging in vertebrae after the Industrial Revolution began.

But Neanderthal spines didn’t look much different from the spinal columns of pre-industrial humans, regardless of where in the world the samples came from.

As the Industrial Revolution grew, fewer and fewer people worked in jobs requiring high levels of activity. Work in sectors like agriculture gave way to repetitive factory work and desk jobs. And much of this labor, which continues today, encourages bad posture or makes it difficult to maintain good posture, muscle growth, and back strength.

Around this time, furniture became more widely available and less expensive and was used to support human bodies. But it would be another couple of centuries after the Industrial Revolution began before the word “ergonomics” entered the lexicon and people started talking about designing and arranging things so they could interact with objects more efficiently and safely.

This discovery also means Neanderthals probably had more similar posture and movement to modern humans than previously realized. Inward curving of the lower spine is what allowed people to evolve to walking on two legs. If Neanderthals’ lumbar curvature resembles people’s lower back more closely than scientists thought, that means they also probably walked a lot more like us than we used to think.

But then, since they weren’t hunched over desks and computers or fixed in place in front of an assembly line, they probably didn’t have nearly as much pain as we do today.

PNAS Nexus: “Inferring lumbar lordosis in Neandertals and other hominins.”