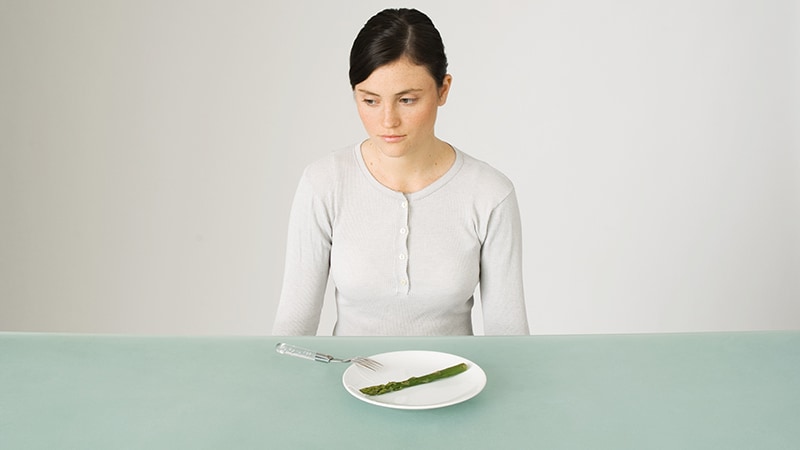 Investigators studied close to 200 youth with BD and found that more than 25% had a lifetime ED, which included anorexia nervosa (AN), bulimia nervosa (BN), and an ED not otherwise specified (NOS).

Those with comorbid EDs were more likely to be female and to have BD-II subtype. Their presentations were also more complicated and included a history of suicidality, additional psychiatric conditions, smoking, and a history of sexual abuse, as well as more severe depression and emotional instability.

“Given the more complicated clinical picture of youth with co-occurring BD and EDs, this combination warrants careful attention,” the investigators note.

The study was published online May 11 in The Journal of Clinical Psychiatry.

“From the existing literature, we learned that EDs are not uncommon in individuals with BD, and that they are often associated with a more severe clinical profile,” say the researchers. “However, the majority of these studies have been limited to adult samples, and there was a real scarcity of studies that examined this co-occurrence in youth.”

This is “surprising” because EDs often have their onset in adolescence, so the researchers decided to explore the issue in their “fairly large sample of youth with BD.”

ED diagnoses included both current and lifetime AN, BN, and ED-NOS. The researchers used the Kiddie Schedule for Affective Disorders and Schizophrenia for School Age Children, Present and Lifetime Version (K-SADS-PL) to determine the diagnosis of BD.

They also collected information about comorbid psychiatric disorders, as well as substance use disorders and cigarette smoking. The Life Problems Inventory (LPI) was used to identify dimensional borderline personality traits.

Of the total sample, 24.84% had received a diagnosis of ED in their lifetime.

Moreover, 28.9% had a lifetime history of binge eating. Of these, 17.7% also had been diagnosed with an ED.

Participants with BD-II were significantly more likely than those with BD-I to report both current and lifetime BN. There were no significant differences by BD subtype in AN, ED-NOS, or binge eating.

Higher correlates of clinical characteristics, psychiatric morbidity, treatment history, and dimensional traits in those with vs those without an ED are detailed in the table below.

The ED group scored significantly higher on all LPI scores, including impulsivity, emotional dysregulation, identity confusion, and interpersonal problems, compared to those without an ED. They also were less likely to report lifetime lithium use (χ2 = 7.9, P = .01).

“The comorbidity [between EDs and BD] could be driven by both neurobiological and environmental factors,” Khoubaeva and Goldstein noted. EDs and BD “are both illnesses that are fundamentally linked with dysfunction in reward systems— that is, there are imbalances in terms of too much or too little reward seeking.”

They added that individuals affected by these conditions have “ongoing challenges with instability of emotions and ability to manage emotions; and eating too much or too little can be a manifestation of coping with emotions.”

In addition, medications commonly used to treat BD “are known to have side effects such as weight/appetite/metabolic changes, which may make it harder to regulate eating, and which may exacerbate pre-existing body image challenges.”

Commenting for Medscape Medical News, Roger McIntyre, MD, professor of psychiatry and pharmacology, University of Toronto, Canada, and head of the Mood Disorders Psychopharmacology Unit, said the study is “the first of its kind to comprehensively characterize the prevalence of ED in youth living with BD.

“It could be hypothesized that EDs have overlapping domain disturbances of cognitive dysfunction, such as executive function and impulse control, as well as cognitive reward processes,” said McIntyre, who is the chairman and executive director of the Brain and Cognitive Discover Foundation, Toronto, and was not involved with the study.

“The data are a clarion call for clinicians to routinely screen for EDs in youth with BD and, when present, to be aware of the greater complexity, severity, and risk in this patient subpopulation. The higher prevalence of ED in youth with BD-II is an additional reminder of the severity, morbidity, and complexity of BD-II,” McIntyre said.